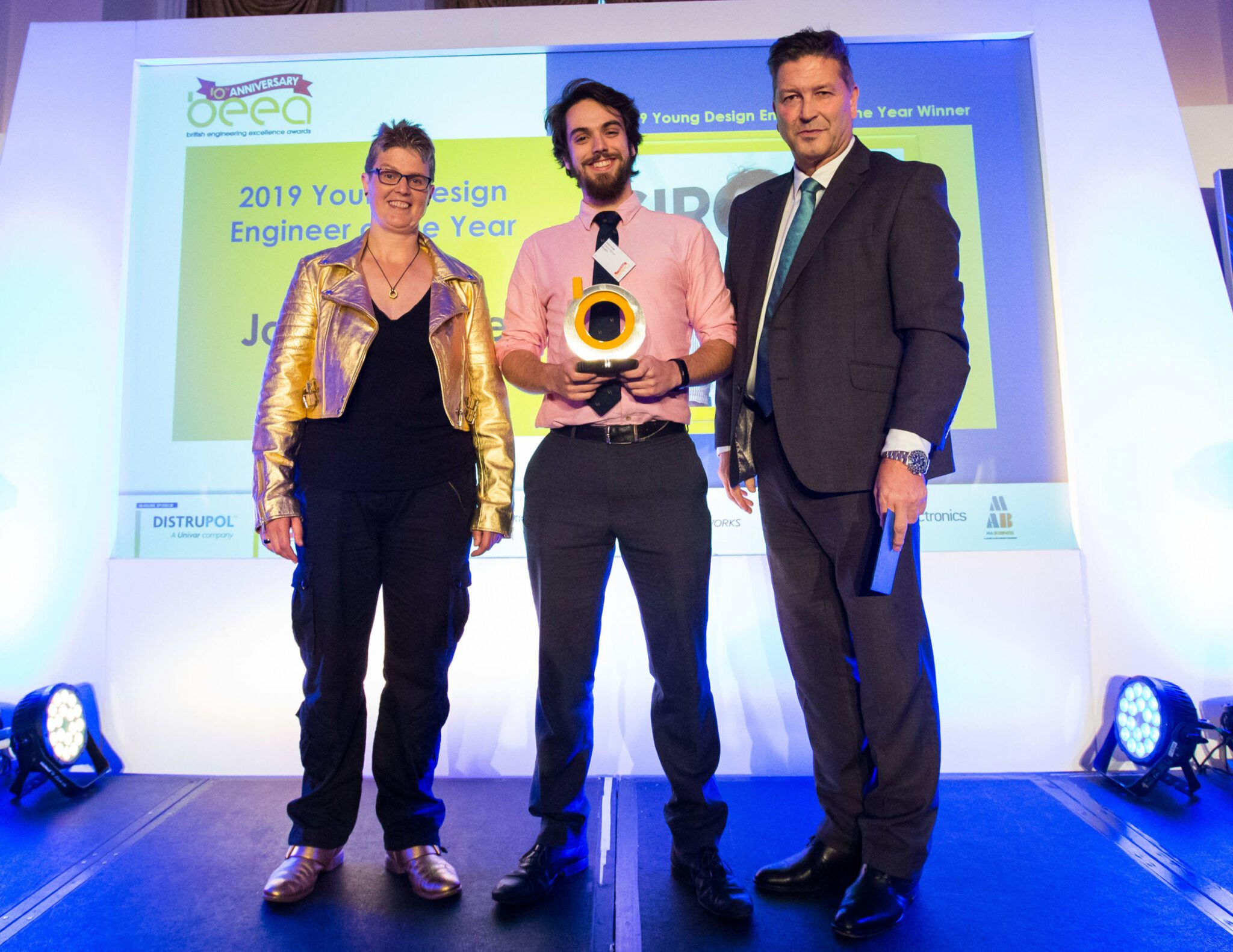 James Veale, product manager at GiroNEX, the Ely-based technology spin-out, has been named Young Design Engineer of the Year at the 10th anniversary British Engineering Excellence Awards ceremony in London on Friday 11 October.

The BEEAS was established in 2009 by MA Business, part of The Mark Allen Group media company and publishers of Eureka and New Electronics, to help demonstrate the high calibre of engineering design and innovation within the UK.

Awards were made in 10 different categories at this year’s awards including Design Engineer of the Decade which was won by Sebastien Cuvelier Mussalian. Sebastien landed two BEE awards in 2013 when he was an engineering consultant at Team Consulting before then going on to found Pix Medical with the vision to develop world-leading connected apps and devices to transform healthcare.

James was chosen as the overall winner within his category in recognition of his technical contribution in helping GiroNEX to develop and launch its first product series at such an early point in his own career, and for his personal qualities as an ambassador for the engineering profession. James joined GiroNEX as a graduate engineer in 2017 and went on to help the company launch its Cube system for automated precision powder dispensing earlier this year. The judges were also impressed by his active involvement in helping local secondary schools to run competitive robotics events and getting their students excited about engineering design and programming.

This year’s judging panel included Pete Lomas, honorary president of Institution of Engineering Designers, and co-founder and trustee of the Raspberry Pi Foundation; and Philippa Oldham, head of the national network programmes at Advanced Propulsion Centre.

The image above shows from left to right: Professor Lucy Rogers who hosted the awards event and is a science author, inventor and judge from the BBC 2 show Robot Wars, James Veale from GiroNEX; and Pete Malpas, regional managing director, Northern Europe at RS Components, sponsors of the Young Design Engineer of the Year category.

Welcome to the Gironex News

With a commitment to making your technical innovation a commercial reality using our automated powder dispensing systems, Gironex aims to bring you relevant and informative content surrounding new product development.

Any cookies that may not be particularly necessary for the website to function and is used specifically to collect user personal data via analytics, ads, other embedded contents are termed as non-necessary cookies. It is mandatory to procure user consent prior to running these cookies on your website.